November 12, 2015 16:24
Hi all. Here we show you our improvements, mainly they are focused to get a better performance.

1. Update to notifications of human players death to add blinking effect to the text and re-space & resize the UI element to prevent wrapping.
2. Update victory screen clock display to countdown with the timeout of the disappearance of the victory menu.
3. Update text and spacing to show team name as infected instead of zombies on victory screen.
4. Changes to joining a room after the game round has started:
4.1. When a player joins a room after the game round has started, the player will only be able to join the infected team.
4.2. Update the infected team spawn menu to add a message on top to notify players that the round has already started and they can only join the infected team.
5. Add new display and icons to the HUD to show:
5.1 Current weapon and ammo status.
5.2 Current health state.

Hi all,
We've just dropped June 2015 update which includes the following updates and new features:
- We smoothed out the movement of NPC players and have taken care of a few bugs in the AI.
- Ammo caps for humans have been enforced in Quarantine.
- Improvements to lighting and overall performance of Quarantine level also on low end machines.
- The new screens for the game cycle (round results / scores / in-game menu) functionality have been smoothed out.
- Fixed some issues with pausing the game while in an active round.
- The HUD's fatalities log have been rescaled to accomodate more game screen space and we've fixed a couple of issues such as display of the correct killing weapon. 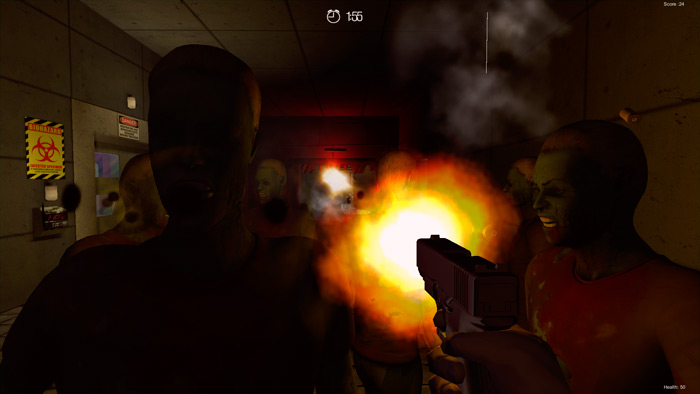 Here we bring you one of the infected classes that Hopeless will spread across the world. It has some deformities due to damage taken from attacks. It can regenerate the most impacts but it is losing his human appearance. Its role is to open the way and protect weaker infected. His mutations have disseminated the nervous system over all the body for not get any critical hit or headshot. 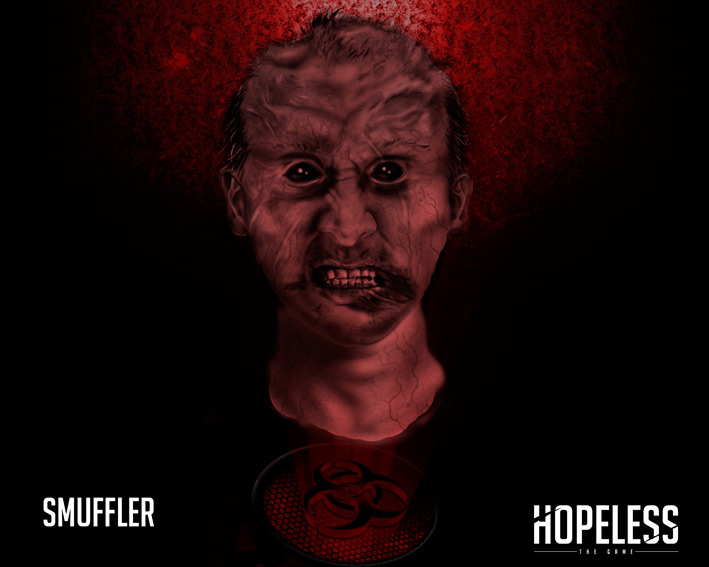 We added the spawn points menu. This menu will allow to the infected players to choose the best areas and places to start and ambush the humans. Good luck hunting! 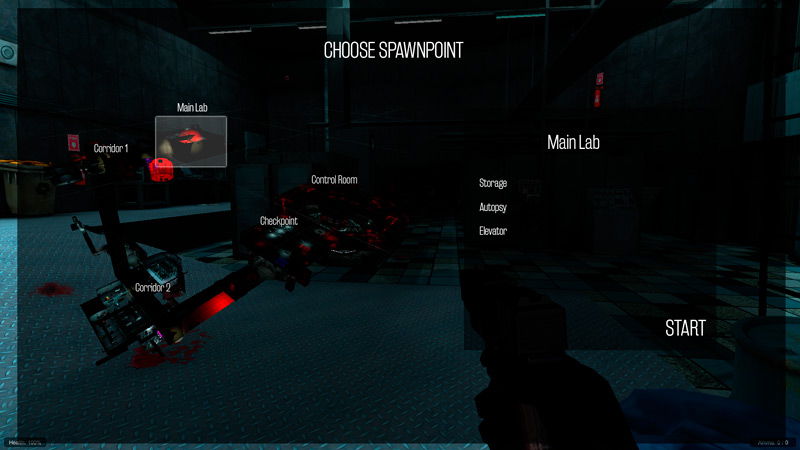 All this weeks we have been working hard. We got a system to find and join the games. Also we are improving tons of things like the game logic. The team selection, the admin menu... Furthermore we are adding and improving the health system and the bots are killing us brutally. 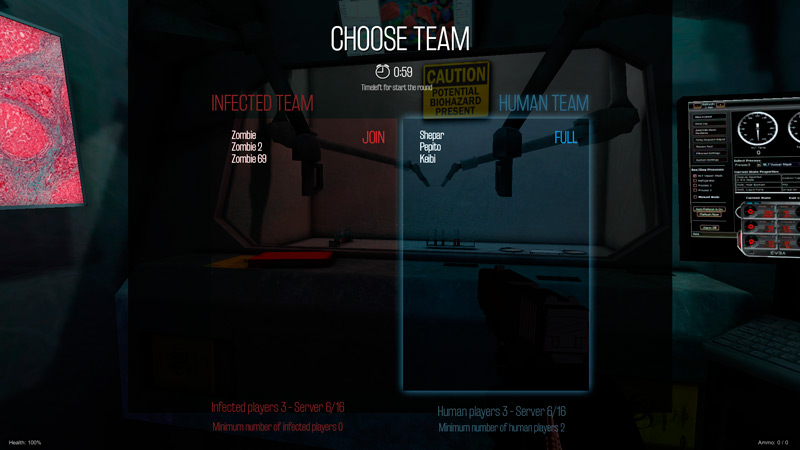 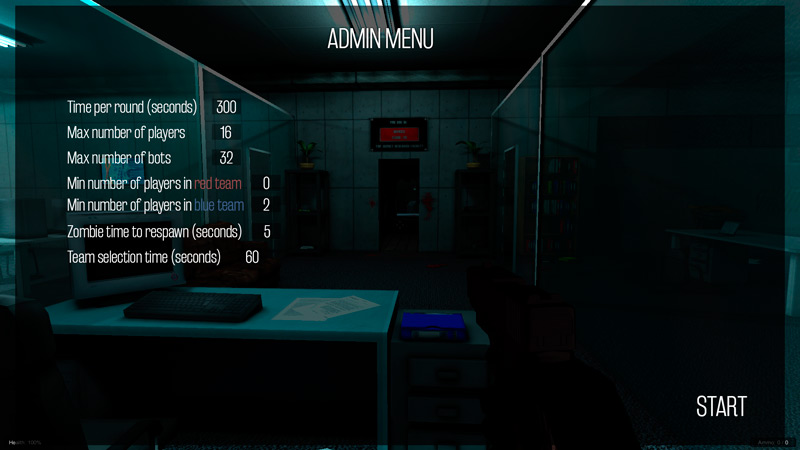 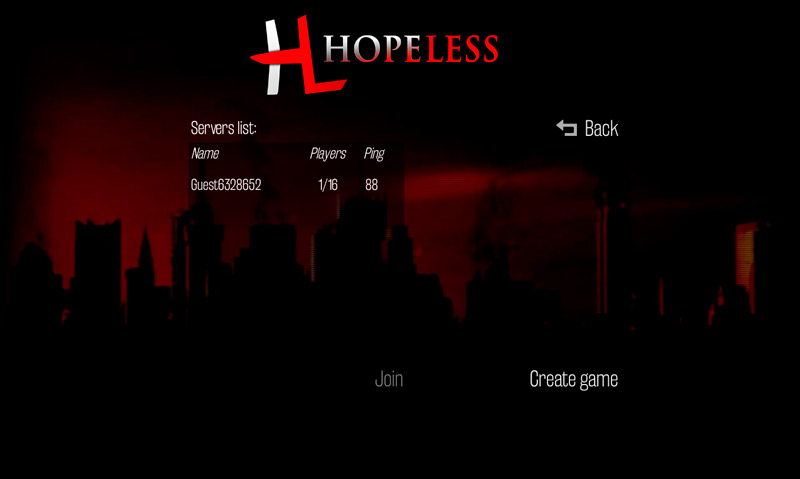 Another character, this time Juanvi bring you our first zombie. He did a great work again and asap we will see him giving free bites.

Juanvi bring us our first character, he made a great work and soon we will see this elite troop in action.

Welcome to Quarantine, first Hopeless level, still under development. This scenario consists on a vast secret plant builded and designed for the study of the world's most dangerous pathogens.

We launch the first Hopeless trailer, where you will discover the terrible looming apocalypse. A bloody fight is approaching, do never give up!
This trailer gets its voice from the great actor Christian Mulas. With this one we would like to thank him for bringing his tremendous talent and giving life to the video.

"Good luck with the project! I've been lucky to be able to try it out and and I can say that on a first look it looks amazing. I can't wait to start killing a tons of zombies as soon as possible.". -Christian Mulas.

Christian is a very active person, involved into the development of the Indie industry, which is booming. We want to thank him again in advance for his collaboration on further doublings of the game.


Don't forget that we have added english subtitles to the trailers. You can explore our videos in the Intro section. 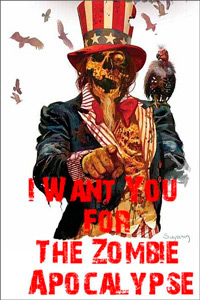 I represent a group of friends who develope a multiplayer FPS of zombies mass action. We started about 2 months ago and the project is growing up heavily fast. Due to volume of work, we are looking for some help with the programming to finish the Demo faster. Our goal is to launch it in September.

If you believe that you can contribute to the project don't hesitate to contact us. If you have knowledge of blender, rig, animation, drawing ... we will be so happy to work alongside.

Our team know what we want and how we want to reach it. Hardworking in a fun environment are our values.

We are currently building the Web up, producing the Intro and developing the first level of the game. If you want to contribuite to the recreation of the apocalypse get in touch with us! 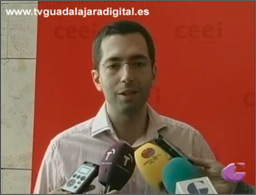 Hopeless was presented to the world in the XI GOBAN Investment Forum, celebrated at the European Business and Innovation facilities, in front of several investors and entrepreneurs from Castilla La Mancha.

The project received an excellent feedback thanks to the enthusiasm and strenght showed. From this point we will focus our efforts to bring out a video gameplay of the end of the humankind. 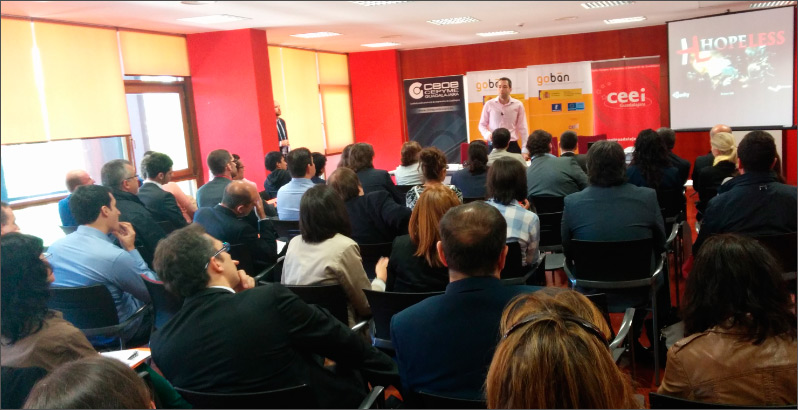